Quick — think of a polysyllabic word that starts with R. How about a word starting with C? Okay, now think of four words in a row (in a phrase that makes sense) that all start with W.

This post is all about playing with letters using the Abecedarian form, lipograms, and alliteration poems, along with fun mentor texts by living poets and providing student choice!

First, I give students a handout with the following poems printed out in this order:

Jessica Greenbaum “A Poem for S.” (an abecedarian)

Nikhil Jain “I Saw an Inspiration” (lipogram on E)

Before we dive into reading, I challenge students with trying to figure out what type of poem I will be asking them to write using these poems as mentor texts. We watch the video of the Natalie Diaz reading her poem.

We don’t talk about the form just yet, but I do ask them their thoughts on her tone. (Anytime I can squeeze in a tone question, I take advantage; and Diaz’s tone is rich.)

Now it’s time to talk about form. What do the students notice about the structure of these two poems? What do they have in common? They quickly realize the first word of each line starts with the letters of the alphabet: A, B, C and so on. I explain to them the fancy name for this form: Abecedarian, which is actually a way more popular form than I had originally anticipated.

We watch Cathy Park Hong read “Ballad in O” in which she introduces the poem with an explanation of what a lipogram is. There are different types of lipograms, but I focus on the one that she uses — only using one vowel — for this lesson, rather than ones that omit a vowel.

The last type of poem we read/watch is an alliteration poem, and Harry Baker’s “Paper People” is one of the best.

Now it’s time to introduce the prompt, which allows students choice. They can write a poem of any of the 3 types:

You know that crazy multi-sided di from the Scattergories game? I stole mine from my game at home for this activity, but you could also use a random letter generator online. In their Writer’s Notebook, we play a couple rounds of Scattergories – using the crazy di and these lists. I explain the rules first, because most of them have never played before. 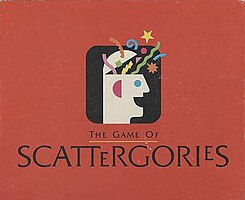 We compare our lists and fill in any empty spots with help from our classmates. As the final part of pre-writing, I have students make a numbered list 1-26 (just one line each) for a speed round. I roll the di quickly 26 times and whatever letter comes up, students have to write a word that begins with that letter. A good word, must be polysyllabic.

Students need an idea of which type of poem they want to write at this point. I call this stage “stacking ammo” (a phrase I’ve heard Eminem use when he collects words and phrases to potentially use in future lyrics). Students are given time to write as many words as they can think of that could work in their form. If they are writing an alliteration poem, they fill up a page with random words that start with that letter. Or for an abecedarian, they write A-Z down the side of the paper, then write as many words in that line that start with that letter. None of what they write needs to make sense at this point — just gathering words.

I suppose we need to start writing the poem at some point, and now that students have seen examples, played with letters for fun, and gathered words, they are ready to draft! Because they were well prepared, they actually didn’t need much time to write their poems; many of them finished within a 50-minute class period.

The next day, I had students ask me if they could share their poem with the class. Like, they actually wanted to. They were proud of their creations, and rightfully so! Anyone who wanted to share was given the floor, and they were fantastic! The class even spontaneously erupted into applause for one boy’s poem because – y’all – it was that good. It made my pull my hood over my eyes as he read it. I got goosebumps. Now THAT is a poem. And, you know what? I bet that boy is going to remember that moment for a very long time. I will, as well. Poetry has a funny way of sticking with you like that.

Thank you for reading! Do you have a story, lesson, activity, or something else to share with TeachLivingPoets.com? Be a guest author! Email me at msmith@lncharter.org.